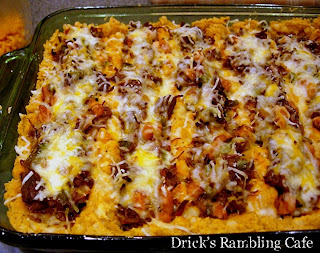 A mishmash of many
Tamales are known in one form or another on all continents yet the ones I prefer are South American in form, Mexican in taste. Little packet sandwiches for traveling, warriors, hunters and people on the move carried these masa base meals everywhere, often filled with vegetables, meat and sometimes insects. Believed to come from Mesoamerica as early as 8000 BC, this is one food item that has been around.

I can't say when I had my first tamale, but I can count on both hands the places along the gulf coast and the visited areas of Mexico I do remember enjoying the best. Once, on the tiny island of Isla Mujeres, maybe I was just overly hungry, but I swear, the pork tamale served from a local street vendor was the best. Then there is the small, cigar rolled, fiery hot ones from the Galveston area - delicious. Even along the Mississippi Delta Tamale Trail there are some fine tasting tamale stands that can't be beat. And in the heat of summer, nothing compares to the ones I enjoyed in Texas, when fresh white sweet corn starts to tassel and everyone makes up a batch of Green Corn Tamales with roasted peppers. Yum.

I have made several tamale pies or casseroles, whatever you want to call them, each with varying flavors and ingredients. This one is kind of a mishmash of many, with a kind of green corn flavored dough, at least in the middle of winter as I can get, and combines with a savory, well flavored meat mixture made by simmering beef roast in a seasoned sauce. Enjoy!

or AP flour
1 -15 oz can Peruano or pinto beans, rinsed and drained

Cut the roast into 1-inch cubes.  In a large saucepan, mix the salsa, enchilada sauce, bay leaf and next five spices together. Toss in the beef. Bring to a simmer and reduce heat to low cooking for 2 to 3 hours or until meat is tender enough to pull apart. Remove meat to a bowl, draining off as much of the liquid as possible back into the pan. Shred the meat using two forks and put aside.

In a skillet over medium heat, add oil and sauté on low the onion and poblano until caramelized, about 20 minutes.  Stir in the flour and cook another minute. Add shredded roast and about 1/2 cup of liquid from the roast and cook until slightly thickened. Stir in the beans followed by folding in the shredded Jack cheese. Remove from heat.

In a large bowl, mix the mesa flour with the baking powder, a dash of salt and pepper, pour in the boiling water and stir in the shortening. Stir to form a mush. Fold in the 2 tablespoons from the meat sauce and the corn mixing well. Let rest 10 minutes.

Grease a 13x9-inch casserole dish with cooking spray. Spoon the corn mush around the outside edges. Form the corn mush into 5 rows forming dividers or ribbons using two spoons or your fingers. Pinch the ribbons so that they are no more than a half-inch thick, thinner if possible. Spoon the meat mixture between the ribbons.

Place casserole dish in center of oven and reduce heat to 350. Cook for 25 minutes or until corn mixture is slightly brown and begins to pull slightly away from the sides. Sprinkle with the cheese and bake another 5 minutes until cheese melts.

Note: Peruano beans are prized in parts of Mexico for the ability in absorbing flavors during cooking. Creamy and buttery in taste, they are an outstanding bean. Substitute with pinto, cannellini, navy or great northern.