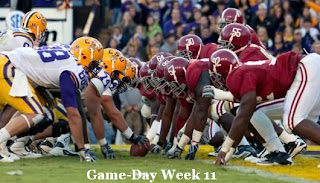 
I thought it would be a good idea to set aside for a moment from the 116-year-old rivalry between LSU and Alabama and focus one more time on a good cause happening today in Tuscaloosa.


Earlier I mentioned the Louisibama Gumbo Bowl and today I want to bring you up to date with the event and also tell y0u of other causes held during this time. Of course, recipes will follow. 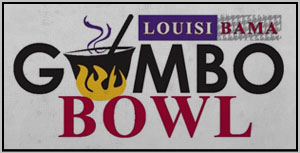 The Event
The centerpiece of the day-long Gumbo Bowl extravaganza will be the creation of the world’s largest pot of gumbo by chefs Folse and Tramonto, along with Baumhower and his Executive Chef Steve Zucker, which will be post-certified by Guinness World Records®. The team will create a monster pot of gumbo, using a 300-year-old cast iron pot from the sugar cane fields of South Louisiana. The World’s Largest Gumbo recipe calls for 750 pounds shrimp, 450 pounds catfish fillets, 100 pounds claw crabmeat, 50 pounds white crabmeat, 200 pounds alligator meat, and 25 pounds Louisiana crawfish tail meat. All seafood for the World’s Largest Gumbo is being donated by the Louisiana Seafood Promotion & Marketing Board. Additionally, Arrow Sysco Corporation, based in New Orleans, will provide 200 pounds diced onions, 75 pounds diced celery, 100 pounds diced green bell pepper, 150 pounds sliced okra, 50 pounds dehydrated garlic, and 20 pounds butter. After simmering for three hours, the pot will be weighed via a forklift provided by Thompson Tractor. Then, the delicious, steaming contents will be doled out to hungry football fans during the spirited pre-game tailgate at the University of Alabama. 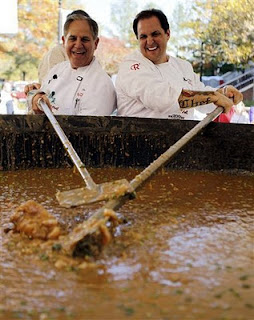 Finally, during the game, Folse, Tramonto, Baumhower, and Zucker will present a check for the proceeds of the gumbo sales to representatives of both charities.

Two other local nonprofit organizations working hard this weekend:
Now, talk about rivalry, lets get to the "Gumbo" of the TOP 5 contestants who have scored the most points so far. For the rest of you, get busy and enter your recipes, the game is not over yet. 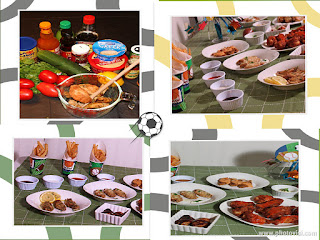 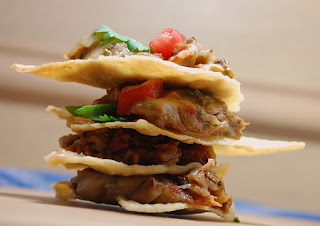 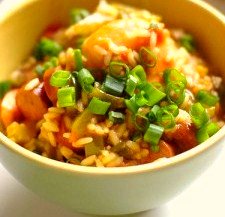 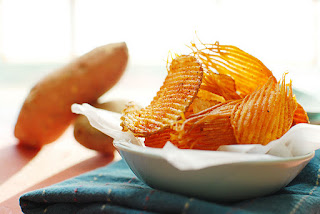 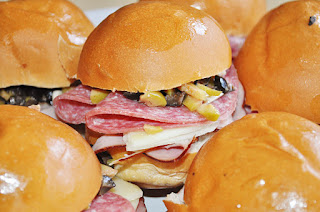 OKAY fans, it's time to share your recipes:
Make sure you use the URL for the actual post and not to your blog so folks can score what you’re sharing. Link any gameday related food or beverage recipe. Use the NAME of the recipe. Voting limited to participants only.

get the InLinkz code